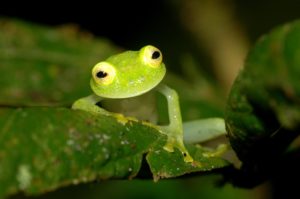 Mission:  HARCC’s goal is to intervene in the spread of an aggressive fungal disease threatening populations of amphibians globally – including the diverse population of Honduran rainforest frogs.   Amphibian chytrid fungus is a pathogen spreading around the world causing the often lethal disease chytridiomycosis.  Any of the world’s 7,000+ amphibian species could fall prey to this insatiable fungus, which is why it represents the most devastating threat to biodiversity ever recorded.  Never before has a single pathogen held the potential to exterminate thousands of species. The amphibians of Honduras have been greatly impacted by this disease and have previously received little conservation attention.  Many species face an uncertain future unless we intervene to help them battle this disease. 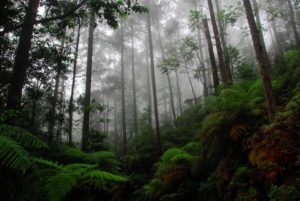 Our field site is Cusuco National Park (CNP), a global biodiversity hotspot located in northwesternHonduras.  This rainforest sits on top of a mountain and is often hidden in a cloud, providing a special “cloud forest” habitat for 16 amphibian species listed as Endangered or Critically Endangered on the IUCN Red List of Threatened Species. Some of these amazing amphibians are found nowhere else on Earth.  In 2007, we discovered chytrid in this forest and have continued to closely monitor the situation.

To prevent extinction and help these species persist in the wild, HARCC’s main objectives are: 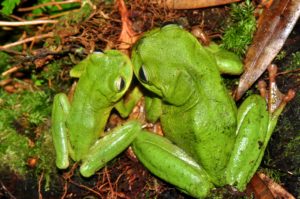 1) A head-start program where we collect young frogs from CNP before they die from chytrid, manage their chytrid infections in a controlled environment at our biosecure research facility, and then reintroduce them back into CNP as stronger healthy adult frogs.

2) A captive assurance program where we maintain a captive breeding colony of frogs at HARCC.  This will allow us to continue releasing frogs back into CNP even if a sudden extinction event occurs. 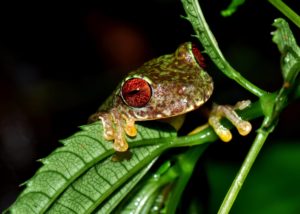 HARCC frog rescue laboratories are located at Lancetilla Botanical Garden & Research Institute in Tela, Honduras.  These laboratories have been constructed inside two 20-foot ocean shipping containers, where animals can be kept safe from disease and protected from external threats.  We completed construction of facilities in 2018 and are now seeking additional sponsorship to support operations and employment of Honduran amphibian technicians.  We expect to hold our grand opening in 2019. 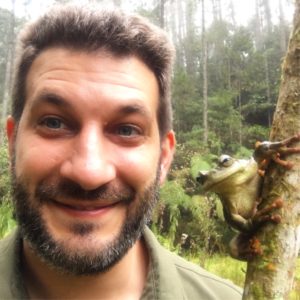 Jonathan Kolby, Ph.D., is the Project Director at HARCC and Staff Herpetologist at The Conservation Agency.  Donations for this critical project are urgently needed.