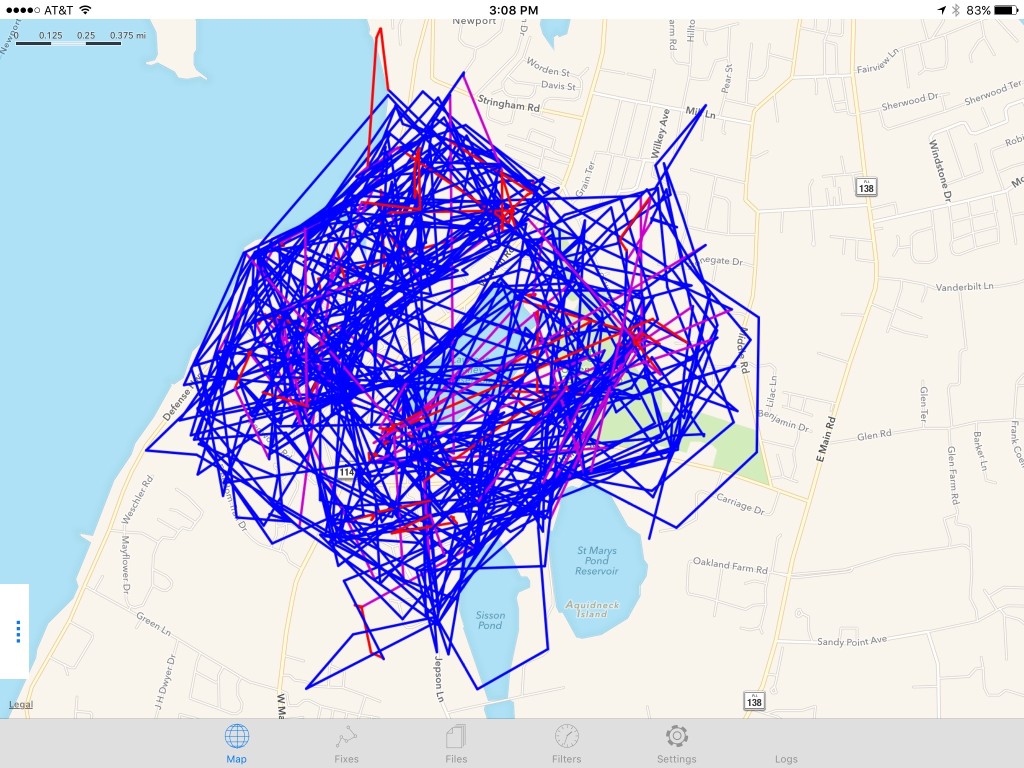 Territory of collared coyote “Carl” in South Portsmouth. Lines connect sequential GPS locations and show his movements, which are similar to those other members of his pack.

Do you live in South Portsmouth? Are you wondering why you see coyotes come up on your deck, or fail to run when you appear?  Check out what a NBCS tracking coyote revealed by his repeated visits to a home on Jepson Lane.  Why did he go there?  Because the homeowner feeds coyotes. 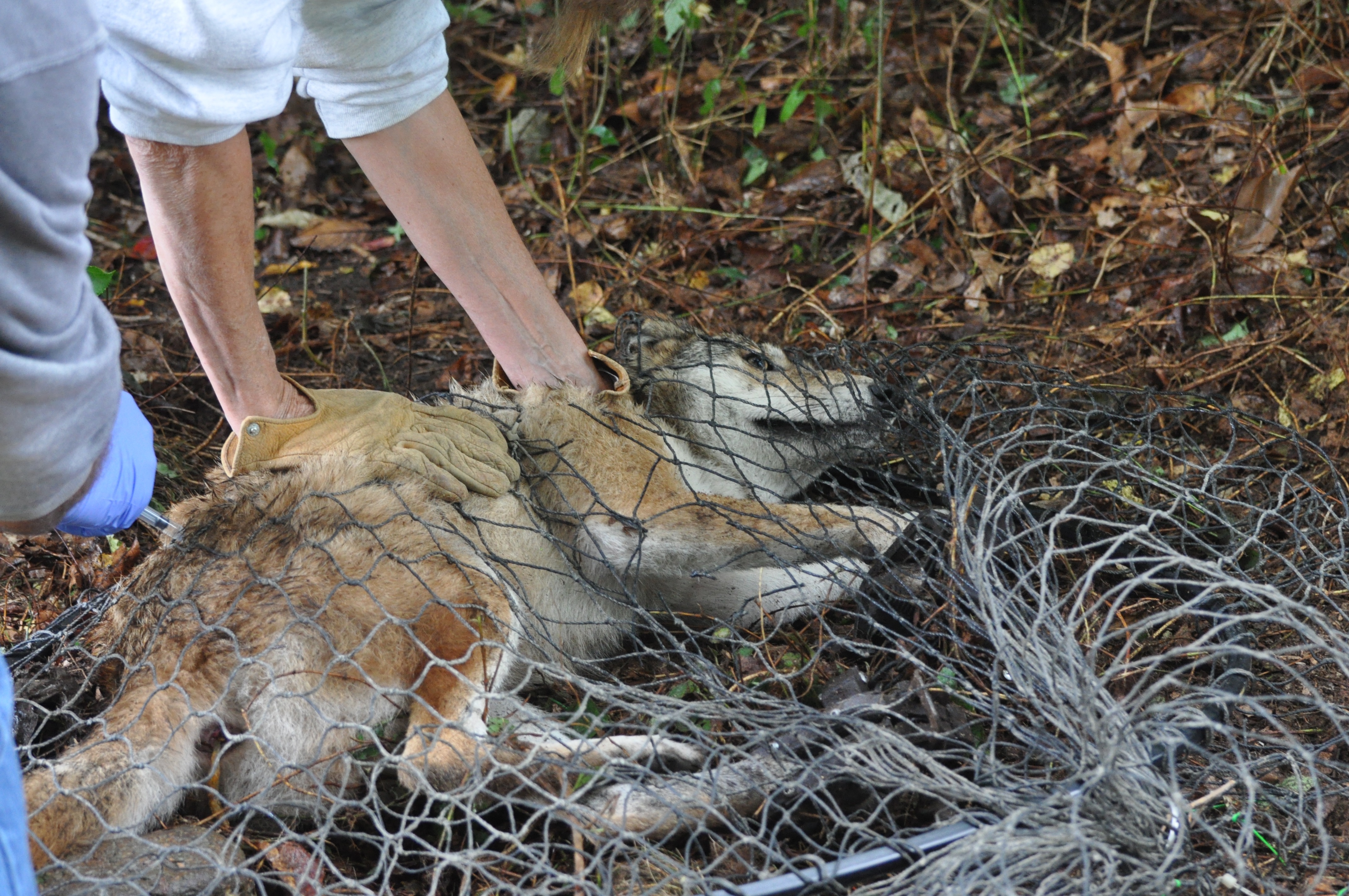 The Town of Portsmouth recently donated a collar to the Narragansett Bay Coyote Study (NBCS) with the hope that, during the course of our research, any ongoing controllable food resources for coyotes would be uncovered.  Larger goals of the study are to look at the effects of food resources on the behavior and management of coyotes on Aquidneck Island and Jamestown. The study also conducts “forensic tracking” for towns as a public service. NBCS scientists visit all coyote feeding hotspots revealed by connecting the dots of a coyote’s sequential GPS positions (or breadcrumb trail). When collared coyotes point to food handouts by people NBCS notifies the towns. 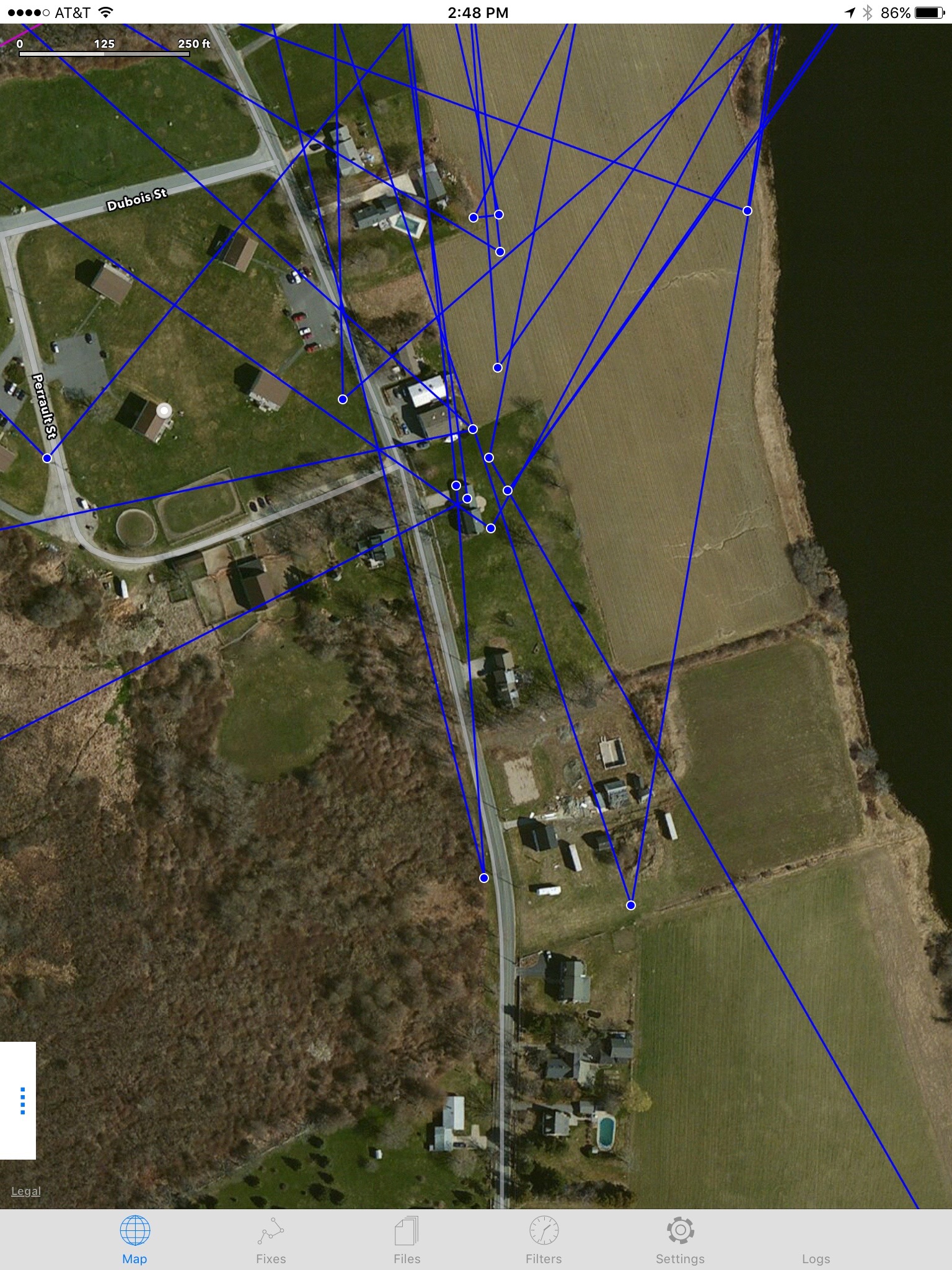 The collar was affixed to a Portsmouth coyote – nicknamed “Carl” by visiting Vermont students Darwin and Huxley Holcombe – in September 2015.  For the next four months NBCS connected the GPS points taken by Carl as he traveled.  By December a clear pattern emerged.  Carl’s travel paths pointed to one Jepson Lane home which he visited on at least nine nights in the two weeks before christmas.  NBCS staff queried local residents about the property. Several Portsmouth residents familiar with the homeowner said that they were aware she has been feeding coyotes.  One couple reported that as recently as this summer the owner had a coyote pup approaching her to take food in her backyard. Further they said she regular left tubs of food out her back door for the coyotes.

Feeding or placing attractants for coyotes is illegal on Aquidneck Island and each instance is punishable by fine.

A neighborhood resident photographed the woman taking food to a coyote in 2014.   Portsmouth Animal Control Officer Ariel Fisher issued a warning to stop at that time. No further evidence of feeding was obtained by the Police the homeowner was not fined.  Portsmouth’s investment a collar paid off:  new data from the tracking collar, showing Carl’s movements clearly indicated the feeding is ongoing.  The feeder now has been fined for violating the Portsmouth no-feeding ordinance.  Carl and other tagged coyotes will let us know if it happens again.

Because coyotes live in territorial packs of, say 3-7 adult individuals, it is presumably not just Carl that is getting fed there.   Coyotes packs are territorial and patrol an area from 3.5 – 7 mi². This said, anyone within the 3 1/2 mi² area of Jepson lane could encounter coyotes the homeowner has trained to approach people. The pictured attached shows anticipated areas of impact (the current territory of the forensic tracking coyote and fellow pack members).  If you live in this area you may well see coyotes that are, compared to normal fearful coyotes, quite bold.

Feeding is illegal in Portsmouth and for each incident of feeding (i.e., each day on which feeding occurs) the feeder is subject to a fine by Portsmouth police. Feeding coyotes trains them to trust and approach people. The reward of food overrides their natural instinct to run. This is called “habituation.” Habituated coyotes may approach people with small pets which wild coyotes do not distinguish from other types of food.

Because the coyotes approach does not mean they are dangerous. It does not mean they are sick. It does not mean they are aggressive. But it does mean there is the potential for interactions with people and pets. Especially if they are accustomed to expect food from people. In order to prevent habituation it is important to make coyotes unwelcome in residential areas whereever possible. If you see a coyote failing to run when you appear, pick up anything hand and throw it. Yell, curse, go crazy, but make sure that coyote knows it is not supposed to be around in “human territory.” Coyotes are very intelligent animals that will get the message to avoid people as quickly as they get the wrong message that people are going to feed them. 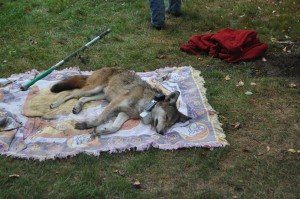 The forensic-tracking coyote “Carl” is an interesting case. It was captured in the area of trinity cemetery where it was born last spring. Shortly after collaring in late summer it left its natal pack and became a dispersing transient. This commonly happens to “teenage “coyotes about the time that their parents start to get ready to breed. From September through early November Carl wandered island from Sachuest point to Common Fence Point until about a month ago he found a new home with the South Portsmouth pack. In his travels with the South Portsmouth coyote pack he it has taken only a month to learn that Jepson Lane is a place to check regularly. This creates traffic in all the surrounding neighborhoods. 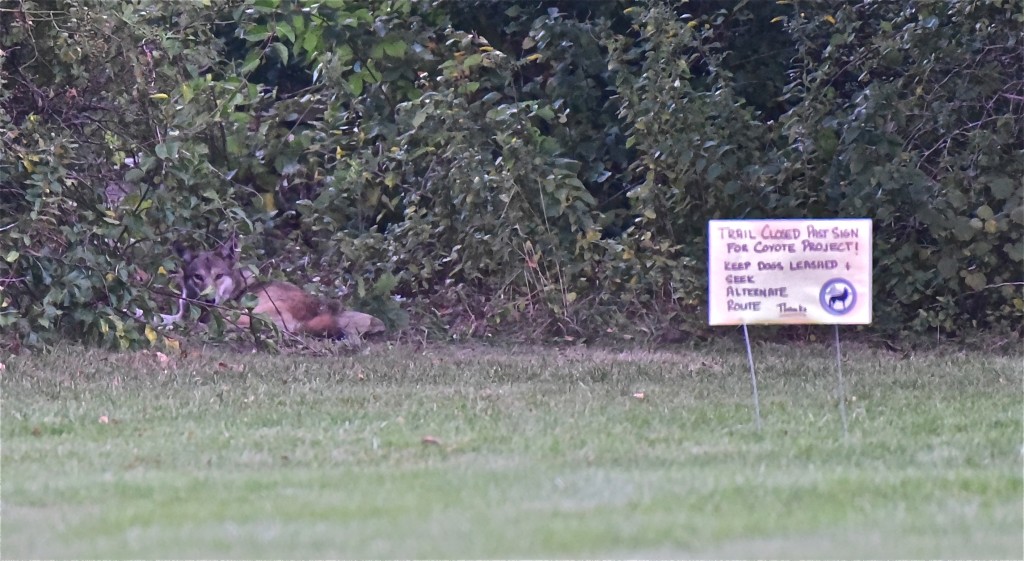 People that feed coyotes are not intentionally trying to create problems for neighbors. Their actions are well meant and come from a love of animals. Here, we hope to make intentional and unintentional coyote feeders understand the ramifications of their actions on their community. It is unfair to make a neighbor lose a pet to a coyote that is trained to forage in a neighborhood. It is unkind to train an otherwise innocuous coyote to be a dangerous nuisance that has to be euthanized. Don’t shoot the messenger. If you see him, yell at him, and never, never, feed him. Carl has much more to teach us about living more safely with wildlife.

The trouble with pears